Stepping from the Shadows & Creating Her Own Light: Collegiate 100 Student MaKenzie Smith 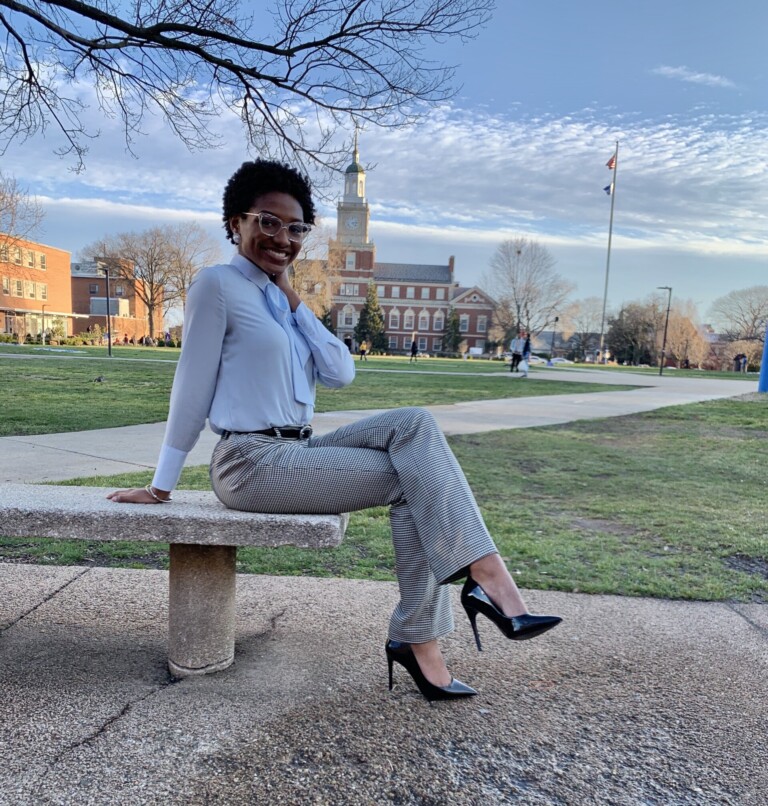 MaKenzie Smith is a Senior at Howard University in Washington, D.C.  She is also the Communications Director of the Howard University Collegiate 100 chapter, an academic scholarship award recipient, a Public Relations major, a dancer, a daughter, a sister, and most importantly, a mentor.

Ms. Smith is from Saginaw, Michigan, where her father is a pastor and her mother is a teacher.  As a result of her mother being a teacher, education is very important to her entire family, with great value being placed on an education from a HBCU.  Her father and mother went to Southern University, her sister went to Jackson State, her brother went to Florida A&M, and her five aunts and uncles went to Grambling University.  Basically, everyone in her entire family went to an HBCU, and she was encouraged to do the same.

Being the youngest person in the room is nothing new to MaKenzie, and is something that she actually enjoys.  With a brother 13 years older than her, and a sister 10 years older than her, she has definitely learned from their experiences and wisdom.  She always wanted to hang out with them, and in addition to being siblings they became parental figures.  Throughout her life MaKenzie’s primary influences have been adults, like her mother and father, members from her church, and the leader of her youth group.  MaKenzie recognized that they all had a wealth of knowledge to impart on her, and she was always ready to listen and to learn.

Starting in middle school, MaKenzie went to a magnet school called the Saginaw Arts & Sciences Academy.  The curriculum was based on the arts and STEM education, and MaKenzie focused on visual arts and dance.  She excelled in dance, and joined the Debbie Allen Dance Academy summer intensive programs in high school.  MaKenzie participated in the Michigan Arts Festival, and has won awards for her choreography. 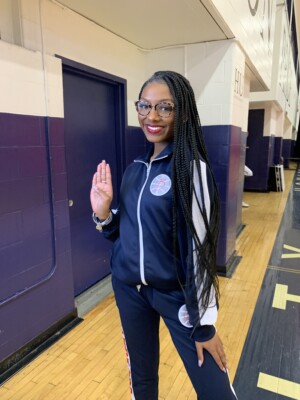 Based on her family’s legacy of going to HBCUs, MaKenzie’s only decision was which one to attend.  She had planned to go to Spelman, but became extremely interested in Howard University because at the time they were the only HBCU that offered a Bachelors of Fine Arts in dance.  The BFA program was extremely competitive, nationally recognized as being very strong, and had an exceptional reputation.  MaKenzie auditioned, and was accepted into the program.  Howard also offered her substantial scholarship funds, which definitely helped to influence her decision.

As for her time at Howard University, it has been an experience.  MaKenzie’s freshman year she was a dance major and decided to switch to the School of Communications and change her major to Public Relations for her Sophomore year.

This was a big step in her personal growth and independence.  MaKenzie had questions and concerns about her decision, and when she asked her parents for guidance, they encourage her to make the decision on her own.  Howard has taught MaKenzie a wealth of valuable lessons in a relatively short amount of time.  Through it all, she has adapted, grown, and learned.  Her final statement about her time at Howard University;

Everybody wants to see everyone else win.

It’s a very special place to be.”

During her time at Howard MaKenzie has received a number of awards and scholarships.  This includes the merit-based Lewis Fenderson Scholarship through School of Communications, a scholarship from AmeriCorps based on work she did between her 1st and 2nd years for the AmeriCorps Vista program supporting college enrollment for adults and Diversity & Inclusion programs, and a Saginaw Community Foundation Scholarship.  The recognition that she is most proud of is the Leadership Scholarship.  It is one that you are awarded based on your demonstrated leadership qualities, not one you apply for.  To keep this scholarship MaKenzie has to maintain a 3.5 GPA.  Currently her cumulative GPA 3.84, after recently having her first 4.0 semester. 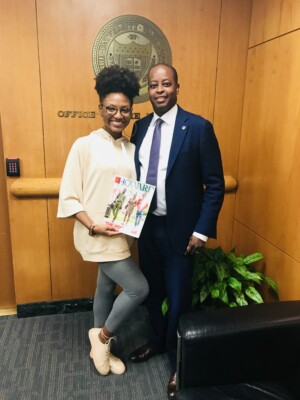 MaKenzie has been a member of the Collegiate 100 for two years.  The organization has been very strategic with people that they choose to bring in.  They look for people that are very innovative, very passionate about mentorship, and very passionate about working together.  The caliber of students that they bring is very high.  They attract a wide range of students, including a large number from STEM/engineering, the arts, and communications.  She strongly believes that the Collegiate 100 organization is special, and the people who make up the chapter are special.

Being a part of foundation of the Collegiate 100 when it was re-chartered was one of the things that she is most proud of.  She knows what the Collegiate 100 can be on a campus like Howard’s.  She and the rest of the Executive Board feel it, and know it is important.  They are dedicated, and want to lay a proper foundation.  MaKenzie is to walk across campus wearing her Collegiate 100 pin.  Being a young woman providing mentorship to young men is a great experience.  As a female mentor in the Collegiate 100 MaKenzie gets to experience a unique relationship with the Saturday Leadership Academy mentees, and the Saturday Leadership Academy mentees experience that unique relationship with her as well.

Ms. Smith recently completed an internship in Public Relations working with Angela Rye and IMPACT Strategies.  It was in the political arena, which took her out of her comfort zone, but like every other situation, she adapted, and took the opportunity to learn and grow.  MaKenzie is interested in Communications and Crisis Management, and in the future, she’d like to specialize in public relations in the entertainment industry.  Based on the wisdom that she’s gained from her elders; we are confident that she’ll be successful in whatever endeavor she decides to pursue.