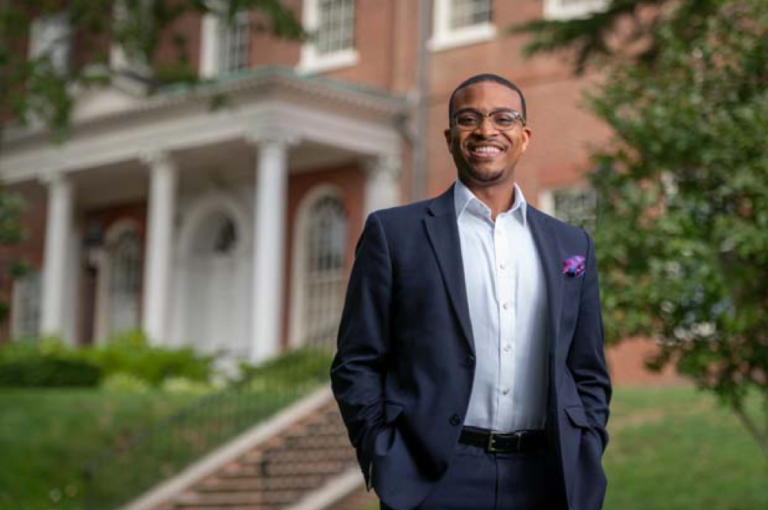 Maryland’s The Daily Record VIP List recognizes Maryland’s leaders who are 40 years old or younger based on their professional accomplishments, community service and a commitment to inspiring change. They are selected by an outside panel of judges, including previous winners and business leaders.

“The proverb is the backbone of my professional and personal success,” Johnston said. “I believe that collaboration is the key to balancing leadership and driving results.”

Born in Brooklyn in 1985, Johnston is already familiar with both leadership and results.

He earned his bachelor’s degree in finance at Virginia Tech in 2006 and his MBA in finance from Hampton University, in Virginia, three years later.

After working with information technology consulting company Booz Allen Hamilton and Strategic Solutions Center, a management consulting firm based in Prince George’s County, in 2016 Johnston went to work for Coca-Cola Consolidated Inc., an independent Coca Cola bottler based in Hanover, as director of government relations. Coca-Cola Consolidated is the largest independent bottler of Coca-Cola in the United States, based out of Charlotte, North Carolina.

He is both the youngest and the first African American to reach that level of leadership in the company’s 117-year history.

“My leadership in our corporate and social responsibility task force has led to significant internal diversity and inclusion policies that will shape our company for years to come,” Johnston said. “I am very proud to lead that effort.”

Outside of work, Johnston led a successful campaign to add two at-large seats to the Prince George’s County Council in 2016. The change, he said, “was paramount in bringing Prince George’s County into parity with surrounding jurisdictions and ultimately opening their democracy to additional options for representation.”

In 2017, he was cited with an Emerging Leader Award by the New Leaders Council and in 2019 with a Next Up Award from the Greater Baltimore Committee.

The VIP award, Johnston said, “is a reflection of the hard work that was poured into my life by so many. It is truly a fruit of the labor sowed by my community.”

“Eric Johnston is a well-respected leader in the region for his work on public policy issues, passion for community service and work ethic,” wrote Adeyinka Ogunlegan, senior manager of government and regulatory affairs at Comcast, in her letter recommending Johnston for this award. “If it needs to be done, Eric will do it and exceed expectations.”

Stepping from the Shadows & Creating Her Own Light: Collegiate 100 Student MaKenzie Smith